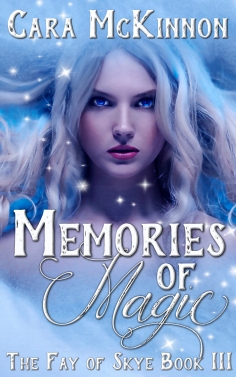 The series opens in an alternate 1895. The world is nearly the same as ours…except that magic is real. Victoria is still on the throne, and is much beloved by her subjects on the eve of her Diamond Jubilee. She is a champion of the lower classes, and believes that magic, long waning in England, has run its course and should now be put aside forever. Her son Bertie, the Prince of Wales, leads a glittering, decadent set that are the antithesis of the deep moral code of his mother. He encourages his cronies to create massive illusions that entertain but have no substance.

Opposed to both Queen and Prince are Clan Fay of Skye. They have fought for years to protect magic, but not the frivolous, empty sort preferred by the Marlborough House set. They do practical magic–useful spells that have safeguarded the islands for thousands of years. And they recently discovered that someone is leeching magical power from the British Isles.

She needs to learn magic.
He swore he’d never cast a spell again.

But falling in love
Changes Everything

Book Two – A Theft of Magic 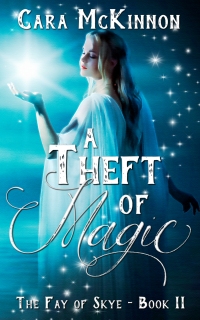 A woman sworn to truth.

A man who deals in lies.

A passion lighting the way to love…or loss.

Her visions will help save English magic—if he can teach her to control them.

Prequel – A Merge of Magic 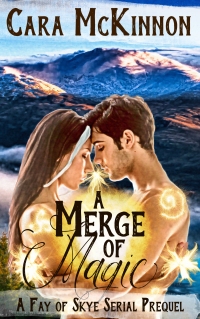 Viola is a fiercely independent woman who thinks love will get in her way–until a magical accident permanently binds her to her soulmate. Now Ian must convince her that they’re stronger together than they ever could have been apart.

A Merge of Magic is a serial prequel in six parts. The first three are already available, and more installments are coming soon!